JAC is a complete automaker with full line of independent vehicles. 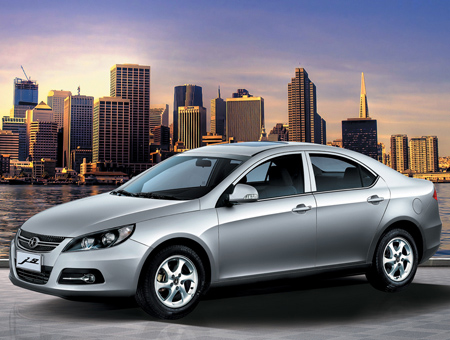 JAC owns a national level Research and Development center in Hefei, China. The company set up China’s first overseas R&D center in Turin, Italy, in June 2005 and a second one in Tokyo, Japan, in October 2006. JAC has introduced their vehicles in Bahrain, and to further their plans in the Kingdom, JAC has appointed Auto-o’s a division of Bahrain Commercial Services Co. W.L.L. as their sole distributors for JAC passenger cars in the Kingdom of Bahrain.

Auto-o’s has their showroom and after sales facility in Bahrain. As the distributor for JAC cars, Auto-o’s has launched 5 JAC vehicle models. All the sedan models are featured with the concept of 'Affordable Luxury'. The cars all come with leather seats, alloy wheels and even a sunroof. The top of the line sedan is the 1.8 litre B Class Sedan JAC J5. The car has won the C-NCAP 5 Star Crash Test Rating Award and CCTV '2011 Annual Compact Passenger Car Award.' Moreover, the Pininfarnia Company also selected it as the most beautiful car in the last 10 years.

You can also use the interactive map to search for vacancies or stores in your preferred location.

VISIT MAP >
BACK TO TOP ∧